Qumran is an archaeological site in the West Bank.

This most famous of the Dead Sea Scroll caves is also the most significant in terms of finds. More than 15,000 fragments from over 200 books were found in this cave, nearly all by Bedouin thieves. 122 biblical scrolls (or fragments) were found in this cave. From all 11 Qumran caves, every Old Testament book is represented except Esther. No New Testament books or fragments have been found.

The scrolls found in this cave were poorly preserved because they were not stored in jars. The practice of paying "per piece" led to the creation of multiple fragments from single pieces by the Bedouin thieves.

This cave was among those looted by the Bedouin in the free afternoons of the days they were in the employ of the Qumran archaeologists. 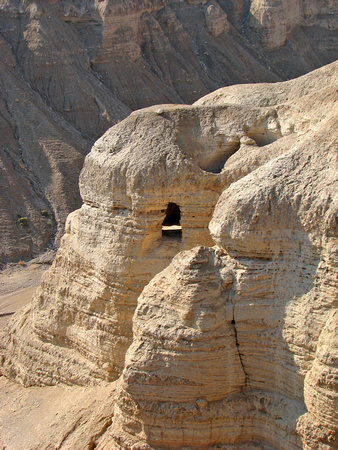