Jericho - Mount of Temptation - Ruins of the Hasmonean Fortress of Dok

The wall, however, on top of the cliff, sits on the ruins of the Hasmonean (later Herodian) fortress of Dok. The Hasmoneans was a family of Judah Maccabee who revolted successfully against the Greek Empire in 167 BC. They purified and re-dedicated the Temple in Jerusalem, establishing the festival of Hanukah ("dedication"). They ruled till 63 BC, and their domain extended almost as far as King David's.
The fortress function was to guard the link road, for beneath it an unbroken ridge leads up toward the central plateau of the hill country. Dok was the scene of a gruesome event during the reign of the Hasmonean.
© 2007 Francesco Dazzi - All Rights Reserved 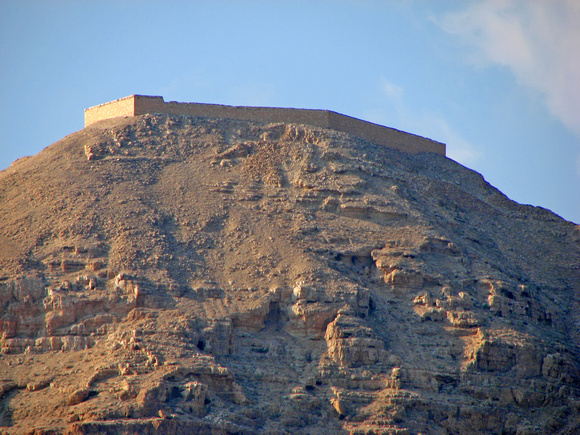