Jericho is a town in the West Bank, located within the Jericho Governorate, near the Jordan River. Its name may be derived from the word meaning "moon" in Hebrew, as the city was an early center of worship for lunar deities.
Believed to be the second oldest continuously-inhabited city in the world, archaeologists have unearthed the remains of over 20 successive settlements there, dating back to 9000 BC. Jericho has a population of approximately 25,000 Palestinians.
The Mount of Temptation is just West of Jericho on top of the hill in background. The summit of Mount of Temptation, rising to a height of 350 meters above sea level and commanding a magnificent and panoramic view of the Jordan Valley, is the site where Jesus spent forty days and forty nights fasting and meditating during the temptation of Satan.
© 2007 Francesco Dazzi - All Rights Reserved 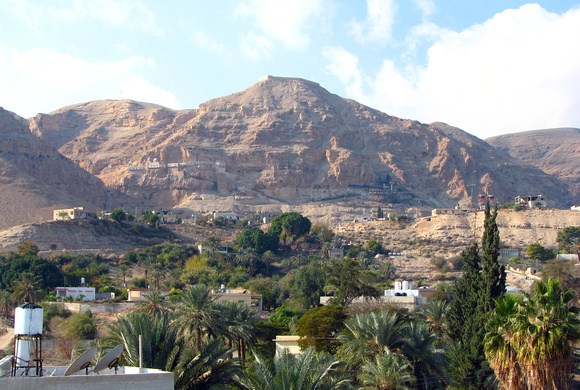