Yuantong Temple is an ancient Buddhist temple in Kunming, Yunnan, China. It is located in a protected natural depression and in recent years it has been expanded with funding from Thailand. In the 1950s, it hosted a grand ceremony to greet and send on the sacred teeth of the Buddha and so became important in Southeast Asia.

The main hall maintains the style of the Yuan dynasty architecture. Circling the two central pillars inside the hall are two giant dragons carved during the Ming dynasty. The blue and yellow dragons face each other, as if they are ready to fight. 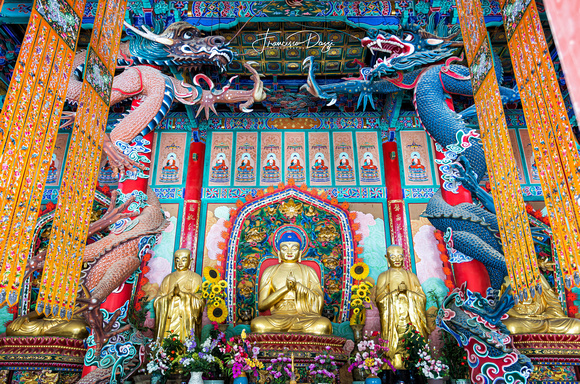