Rocky Mountain National Park is a National Park located in the north-central region of the U.S. state of Colorado.
The Gore Range (elevation approximately 12,000 ft) is a mountain range in the Rocky Mountains of northwest Colorado in the United States. The range runs for approximately 60 miles (100 km) northwest-to-southeast, through western Grand and Summit counties, and southern Routt counties. They form the southern extension of the Park Range, extending southward from Rabbit Ears Pass (U.S. Highway 40) to the Eagle River near Vail.
The range was named for Sir George Gore, an Irish baronet who visited the area in the 1850s on a notorious hunting expedition throughout the American West. 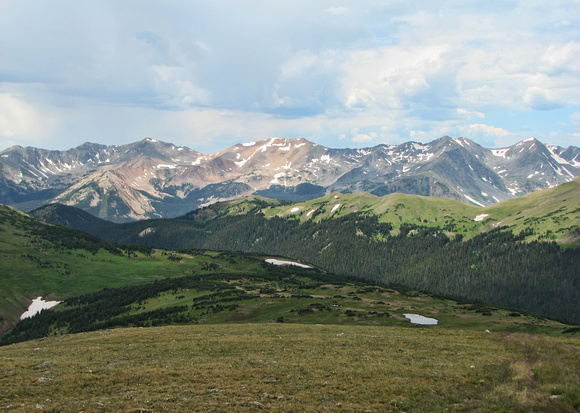