Bakong is the first temple mountain of sandstone constructed by rulers of the Khmer empire at Angkor near modern Siem Reap in Cambodia. In the final decades of the 9th century AD, it served as the official state temple of King Indravarman I in the ancient city of Hariharalaya, located in an area that today is called Roluos. 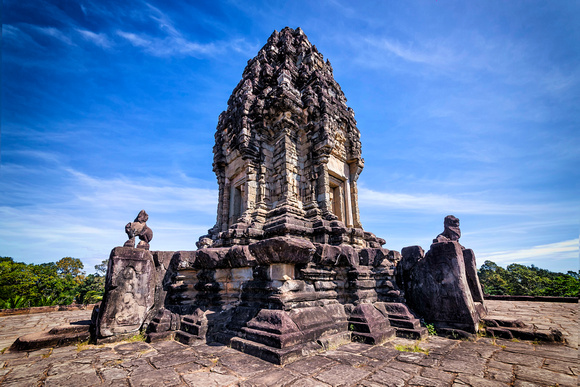