Situated in a position dominating the town of Orvieto which sits perched on a volcanic plug, the cathedral’s facade is a classic piece of religious construction, containing elements of design from the 14th to the 20th century, with a large rose window, golden mosaics and three huge bronze doors. 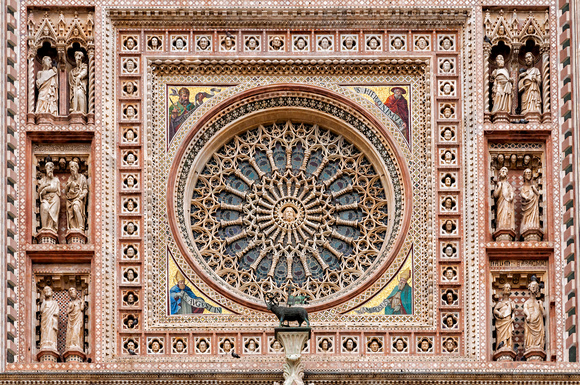