A129 CBT(ComBaT) is a Upgraded version for the Italian army that incorporates the same advances as the A129 International version, but retains the original Gem turboshaft engines (although an uprated transmission system is fitted). 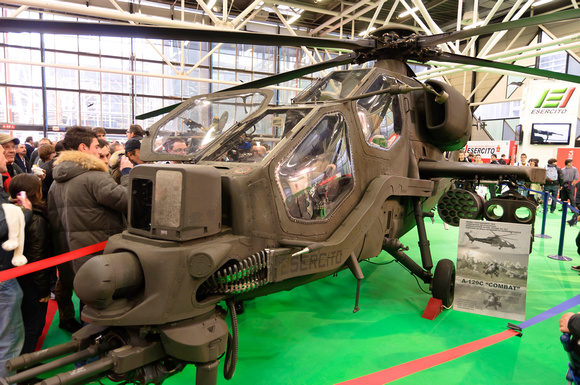