The five-door, four-seat Opel Ampera uses the propulsion technology called Voltec which operates differently from other advanced propulsion system. This extended-range electric vehicle (E-REV) uses electricity as its primary power source and gasoline as a secondary power source to generate electricity.
The Ampera’s wheels are turned electrically at all times and speeds. For journeys up to 60 km (MVEG), it runs exclusively on electricity stored in the 16-kWh, lithium-ion battery, and emits zero CO2. When the battery’s energy is low, electricity from an engine-generator extends the Ampera’s range to more than 500 km. The Ampera can also be plugged into any household 230v outlet for charging. Opel is analyzing the requirements of a recharging infrastructure for plug-in electric cars with energy companies, including Iberdrola of Spain.
Opel’s extended range electric vehicle is announced to go into production in late 2011. 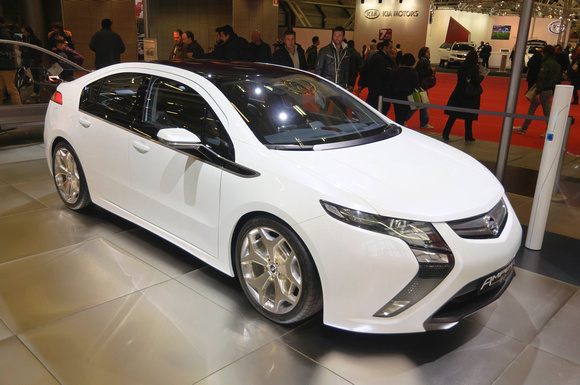