Osaka Castle is a Japanese castle in Chuo-ku, Osaka, Japan. The castle is one of Japan's most famous landmarks and it played a major role in the unification of Japan during the sixteenth century of the Azuchi-Momoyama period.

The main tower of Osaka Castle is situated on a plot of land roughly one square kilometer and is surrounded by secondary citadels, gates, turrets, impressive stone walls and moats. 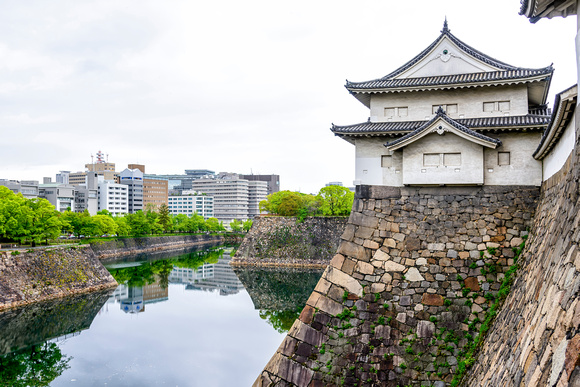