The East Exit is also called the Kenrokuen Exit. This is the main gate of the station and Escalators in front of the exit go underground to the Hokutetsu Kanazawa Station, the terminal of the Hokuriku Railroad Asanogawa Line. 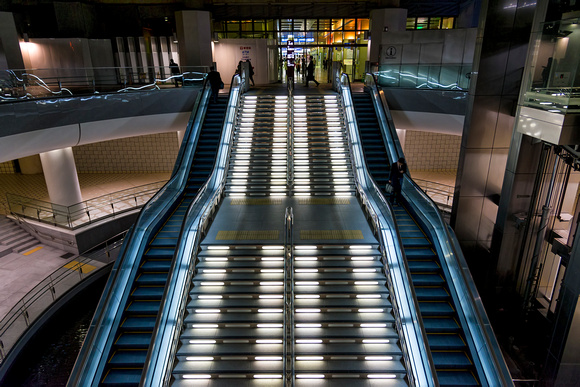