Itsukushima Shrine is a Shinto shrine on the island of Itsukushima (popularly known as Miyajima), best known for its "floating" torii gate. It is in the city of Hatsukaichi in Hiroshima Prefecture in Japan. The shrine complex is listed as a UNESCO World Heritage Site, and the Japanese government has designated several buildings and possessions as National Treasures.

The Itsukushima shrine is one of Japan's most popular tourist attractions. It is most famous for its dramatic gate, or torii on the outskirts of the shrine. 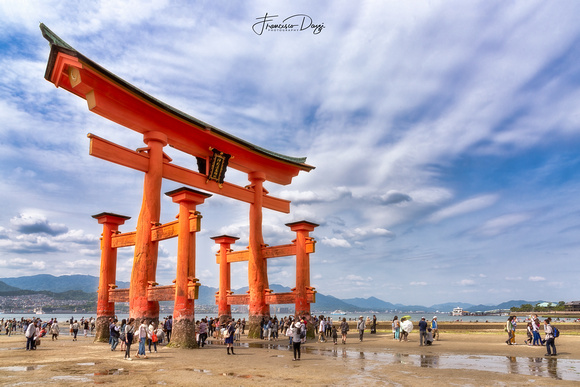