Umm Qais (Mother of Qais), sometimes transliterated as Umm Qays, is a town in northern Jordan near the site of the ancient town of Gadara. It is situated in the extreme north-west of the country, where the borders of Jordan, Israel and Syria meet, perched on a hilltop 378 metres (1,240 ft) above sea level, overlooking the sea of Tiberias, the Golan heights and the Yarmuk gorge.

The Hellenistic-Roman town of Gadara was also sometimes called Antiochia or Antiochia Semiramis or Seleucia. The ancient walls may now be traced in almost their entire circuit of 3 km. The ruins include those of "baths, two theaters, a ippodrome, colonnaded streets and, under the Romans, aqueducts, a temple, a basilica and other buildings, telling of a once splendid city. A paved street, with double colonnade, ran from east to west. The ruts worn in the paved road by the wheels of ancient vehicles are still to be seen. 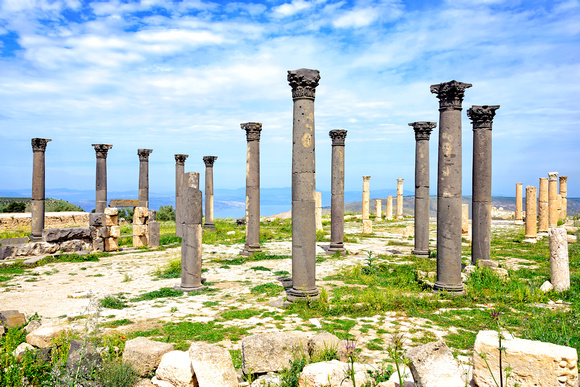