Jerash, the Gerasa of Antiquity, is the capital and largest city of Jerash Governorate, which is situated in the north of Jordan, 48 kilometres (30 mi) north of the capital Amman towards Syria. Jerash is the site of the ruins of the Greco-Roman city of Gerasa, also referred to as Antioch on the Golden River. It is one of the best preserved Roman cities in the Middle East, and is a popular destination for those who would like to witness the majesty of Roman architecture. 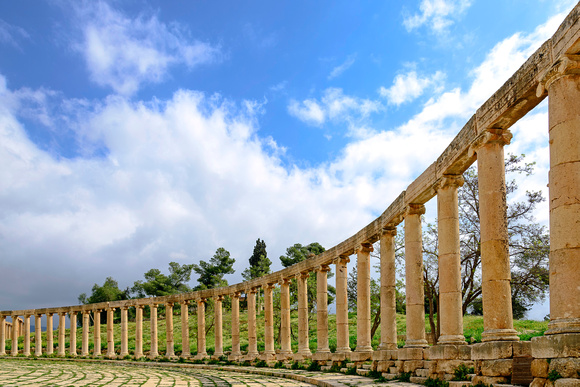