Roman Theater as seen from the Hashemite plaza

Amman's Roman Theatre is a 6,000-seat, 2nd-century Roman theatre. A famous landmark in the Jordanian capital, it dates back to the Roman period when the city was known as Philadelphia. The theatre and the nearby Odeon are flanking the new Hashemite Plaza from the south and the east respectively, while the Roman Nymphaeum is just a short stroll away in south-westerly direction. 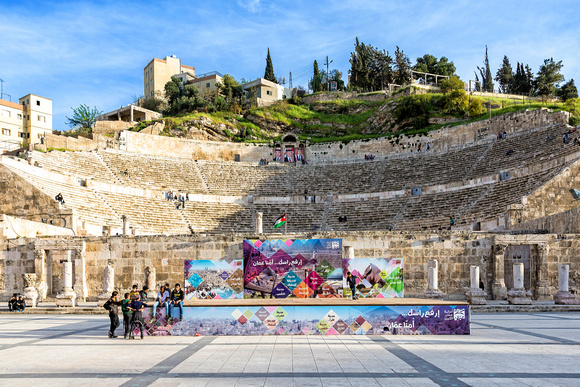