The Amman Citadel is a historical site at the center of downtown Amman, Jordan. Known in Arabic as Jabal al-Qal'a, is considered to be among the world's oldest continuously inhabited places.

The Citadel is considered an important site because it has had a long history of occupation by many great civilizations. Most of the buildings still visible at the site are from the Roman, Byzantine, and Umayyad periods. The major buildings at the site are the Temple of Hercules, a Byzantine church, and the Umayyad Palace. 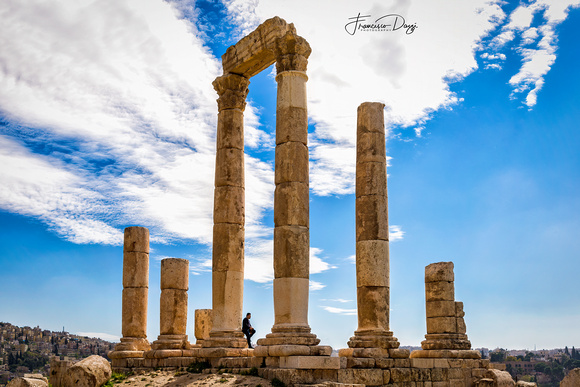