Maitreya is regarded as a future Buddha of this world in Buddhist eschatology. According to Buddhist tradition, Maitreya is a bodhisattva who will appear on Earth in the future, achieve complete enlightenment, and teach the pure dharma. According to scriptures, Maitreya will be a successor to the present Buddha, Gautama Buddha (also known as Śākyamuni Buddha). The prophecy of the arrival of Maitreya refers to a time in the future when the dharma will have been forgotten by most on the terrestrial world. 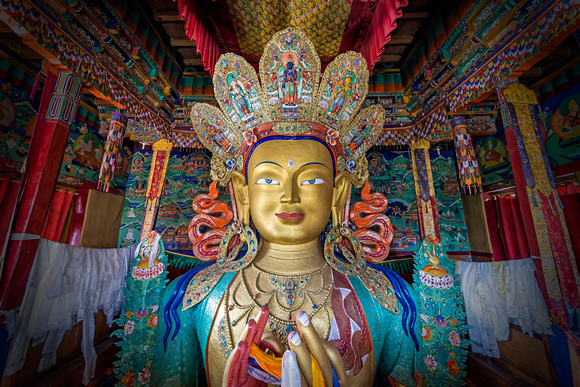