In Buddhism, the Four Heavenly Kings are four gods, each of whom watches over one cardinal direction of the world. The Four Heavenly Kings are said to currently live in the Cāturmahārājika heaven (Pali Cātummahārājika, "Of the Four Great Kings") on the lower slopes of Mount Sumeru, which is the lowest of the six worlds of the devas of the Kāmadhātu. They are the protectors of the world and fighters of evil, each able to command a legion of supernatural creatures to protect the Dharma.

Virudhaka is King of the south and His symbolic weapon is the sword which he carries in his right hand to protect the Dharma and the southern continent. Associated with the color blue. 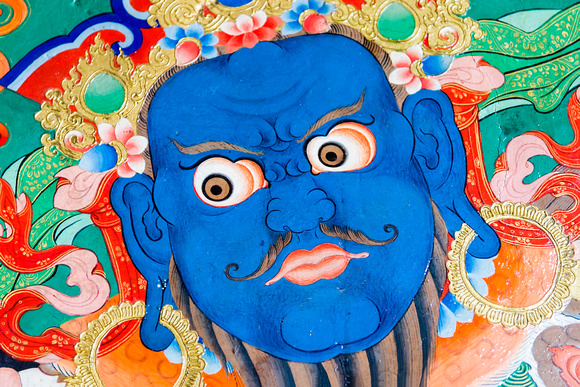