In the street of Essaouira

Essaouira, formerly known as Mogador, is a city in the western Moroccan economic region of Marrakesh-Safi, on the Atlantic coast. The modern name means "the little rampart", a reference to the fortress walls that still enclose part of the city.

The Medina of Essaouira is a UNESCO World Heritage listed city, an example of a late 18th-century fortified town, as transferred to North Africa by European colonists. 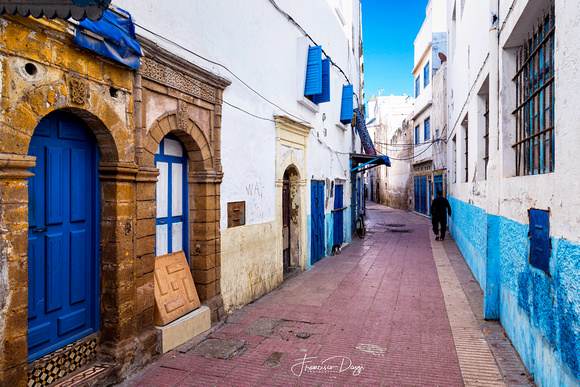