Aït Benhaddou is a ksar (fortified village in English) along the former caravan route between the Sahara and Marrakech in present-day Morocco. Most citizens attracted by the tourist trade live in more modern dwellings in a village on the other side of the river, although there are four families still living in the ancient village. Inside the walls of the ksar are half a dozen (Kasbahs) or merchants houses and other individual dwellings, and is a great example of Moroccan earthen clay architecture.

Aït Benhaddou has been a UNESCO World Heritage Site since 1987. 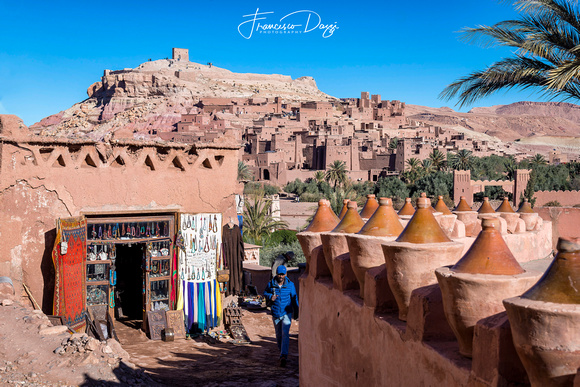