Portrait of an Himba woman inside his Hut

The Himba are indigenous peoples with an estimated population of about 50,000 people living in northern Namibia, in the Kunene Region (formerly Kaokoland) and on the other side of the Kunene River in Angola. The OvaHimba are a semi-nomadic, pastoralist people, culturally distinguishable from the Herero people in northern Namibia and southern Angola, and speak OtjiHimba, a variety of Herero, which belongs to the Bantu family within Niger–Congo.

The OvaHimba are considered the last (semi-) nomadic people of Namibia. 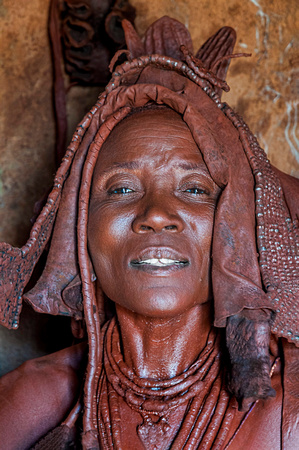