The Tropic of Capricorn (or the Southern Tropic) is the circle of latitude that contains the subsolar point on the December (or southern) solstice. It is thus the southernmost latitude where the Sun can be directly overhead. Its northern equivalent is the Tropic of Cancer. 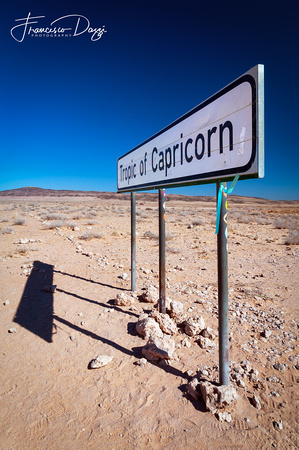