Desert elephant walking in the dried up Hoanib river

Desert elephants are not a distinct species of elephant but are African bush elephants (Loxodonta africana) that have made their homes in the Namib and Sahara deserts. It was believed at one time that they were a subspecies of the African bush elephant but this is no longer thought to be the case. Desert-dwelling elephants were once more widespread in Africa than they are now and are currently found only in Namibia and Mali. They tend to migrate from one waterhole to another following traditional routes which depend on the seasonal availability of food and water. Adult bull desert elephants are usually solitary and roam over large areas. 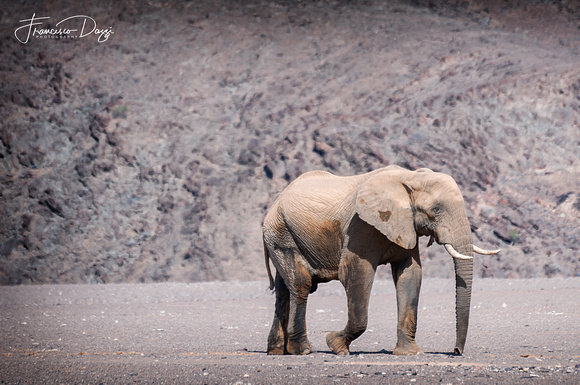