Tromso lies in Northern Norway. The 2,521-square-kilometre (973 sq mi) municipality is the 18th largest by area out of the 422 municipalities in Norway. Tromso is the 9th most populous municipality in Norway. It is the largest urban area in Northern Norway and the third largest north of the Arctic Circle anywhere in the world (following Murmansk and Norilsk). Most of Tromso including the city centre, is located on the island of Tromsoya, 350 kilometres (217 mi) north of the Arctic Circle.

The municipality is warmer than most other places located on the same latitude, due to the warming effect of the Gulf Stream. The city centre contains the highest number of old wooden houses in Northern Norway, the oldest house dating from 1789. The city is a cultural centre for its region, with several festivals taking place in the summer. 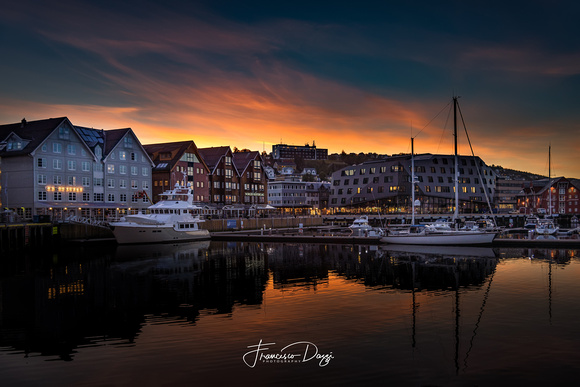