The Place de la Concorde is one of the major squares in Paris, France. It is located in the city's eighth arrondissement, at the eastern end of the Champs-Élysées. The Place was designed by Ange-Jacques Gabriel in 1755 as a moat-skirted octagon between the Champs-Élysées to the west and the Tuileries Gardens to the east.

During the French Revolution the area renamed "Place de la Révolution".
The guillotine was most active during the "Reign of Terror", in the summer of 1794, when in a single month more than 1,300 people were executed. A year later, when the revolution was taking a more moderate course, the guillotine was removed from the square and its name was changed in token of national reconciliation. 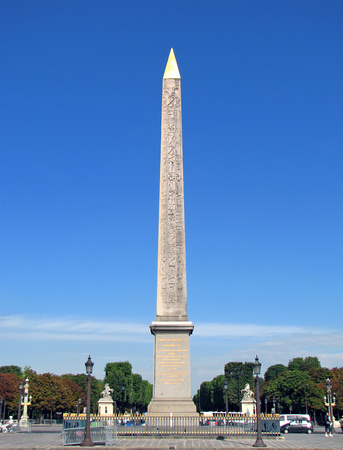