The Palais Royal is a palace and garden located near the Ier arrondissement of Paris. Opposite the north wing of the Louvre, its famous forecourt (cour d'honneur) screened with columns (since 1986 containing Daniel Buren's site-specific artpiece) faces the Place du Palais-Royal, which was much enlarged by Baron Haussmann after the Rue de Rivoli was built for Napoleon.

Today it houses the Conseil d'État, the Constitutional Council, and the Ministry of Culture. 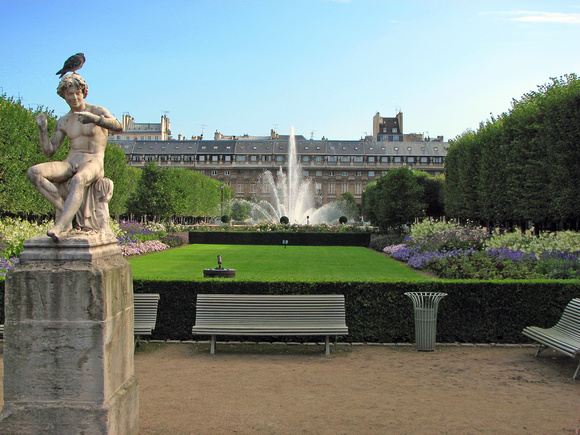