L'église de la Madeleine (more formally, L'église Sainte-Marie-Madeleine; less formally, just La Madeleine), Madeleine Church in English, is a church occupying a commanding position in the 8th arrondissement of Paris. It was designed in its present form as a temple to the glory of Napoleon's army.
The Madeleine is built in the Neo-Classical style and was inspired by the Maison Carrée at Nîmes, one of the best-preserved of all Roman temples. Its fifty-two Corinthian columns, each 20 metres high, are carried around the entire building.
The Madeleine is affiliated with a Benedictine abbey, and masses and the most fashionable weddings in Paris are still celebrated here. 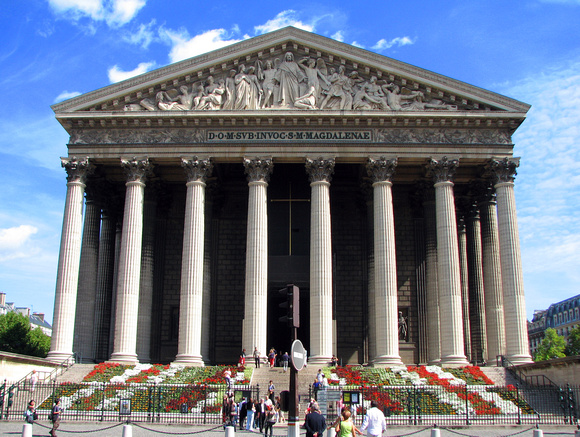