Les Deux Magots is a famous café in the Saint-Germain-des-Prés area of Paris, France. It once had a reputation as the rendezvous of the literary and intellectual élite of the city. This derived from the patronage of Surrealist artists, intellectuals such as Simone de Beauvoir and Jean-Paul Sartre, and young writers, such as Ernest Hemingway. Other patrons included Albert Camus and Pablo Picasso. It is featured in the 1973 film The Mother and the Whore directed by Jean Eustache.

The Deux Magots literary prize has been awarded to a French novel every year since 1933.

The café's name comes from the two wooden statues of Chinese commercial agents (magots) that adorn one of the pillars. 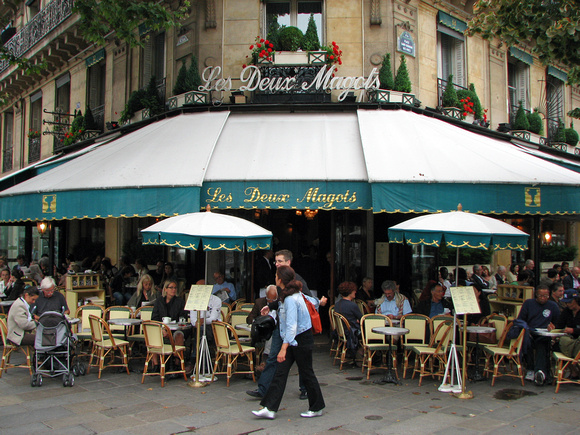