The Old Calton Burial Ground is a graveyard at Calton Hill, in Edinburgh, Scotland, to the north-east of the city centre. The burial ground was opened in 1718, and is the resting place of several notable Scots, including philosopher David Hume, scientist John Playfair, rival publishers William Blackwood and Archibald Constable, and clergyman Dr Robert Candlish. It is also the site of the Political Martyrs' Monument, an obelisk erected to the memory of a number of political reformers, and Scotland's American Civil War Memorial. 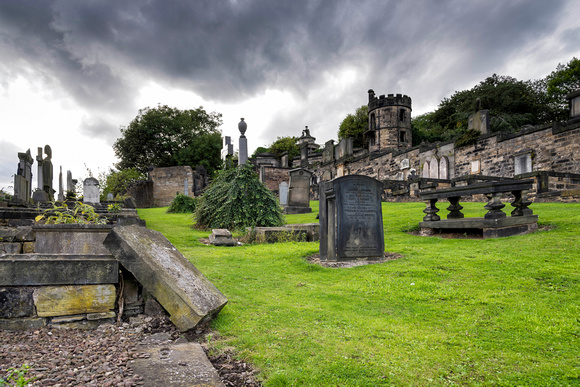