Crathes Castle is a 16th-century castle near Banchory in the Aberdeenshire region of Scotland. This harled castle was built by the Burnetts of Leys and was held in that family for almost 400 years. The castle and grounds are presently owned and managed by the National Trust for Scotland and are open to the public.

The castle estate contains 530 acres (2.1 km²) of woodlands and fields, including nearly four acres (16,000 m²) of walled garden. Within the walled garden are gravel paths with surrounding specimen plants mostly in herbaceous borders. Many of the plants are labelled with taxonomic descriptions. There is also a grass croquet court at a higher terraced level within the walled garden. 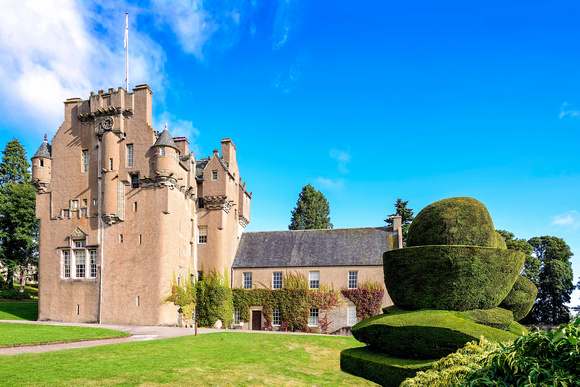