The Forth Bridge is a cantilever railway bridge over the Firth of Forth in the east of Scotland, 9 miles (14 kilometres) west of Edinburgh City Centre. It is considered an iconic structure and a symbol of Scotland, and is a UNESCO World Heritage Site. It was designed by the English engineers Sir John Fowler and Sir Benjamin Baker.

Construction of the bridge began in 1882 and it was opened on 4 March 1890 by the Prince of Wales. The bridge spans the Forth between the villages of South Queensferry and North Queensferry and has a total length of 8,296 feet (2,528.7 m). It was the longest single cantilever bridge span in the world until 1917 when the Quebec Bridge in Canada was completed. It continues to be the world's second-longest single cantilever span.

It is sometimes referred to as the Forth Rail Bridge to distinguish it from the Forth Road Bridge, though this has never been its official name. 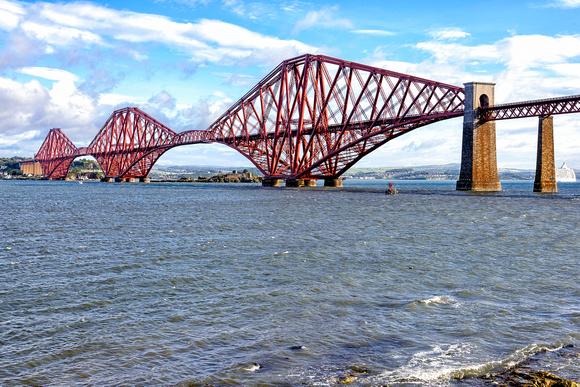