Loch Carron from the viewing point above Stromeferry

Loch Carron is a sea loch on the west coast of Ross and Cromarty in the Scottish Highlands. It is the point at which the River Carron enters the North Atlantic Ocean. According to the marine charts, the tidal currents reach 3 knots (5.6 km/h; 3.5 mph) in the narrows, although not much water disturbance is visible in the flow. At the narrows, the depth of water is less than 20 metres, but in the basins on either side, it extends to a depth of more than 100 metres. 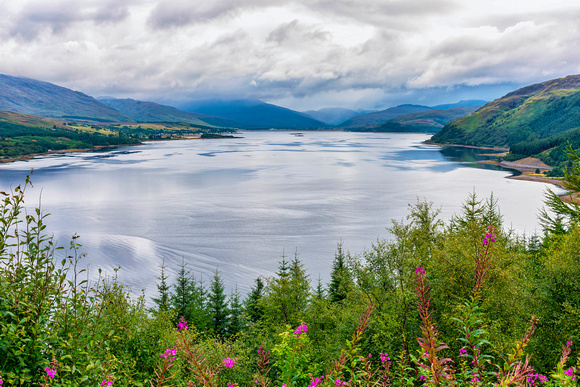