The warm waters of the Indian Ocean to the south, and the protective barrier of the Outeniqua Mountains to the north, act together to create almost idyllic weather patterns that, combined with kilometre after kilometre of sandy beaches, have given Mossel Bay the reputation for having the finest weather in South Africa. The town is, therefore, indisputably one of South Africa's favourite beach holiday destinations, not least because its weather is conducive to enjoying the beach throughout the year. 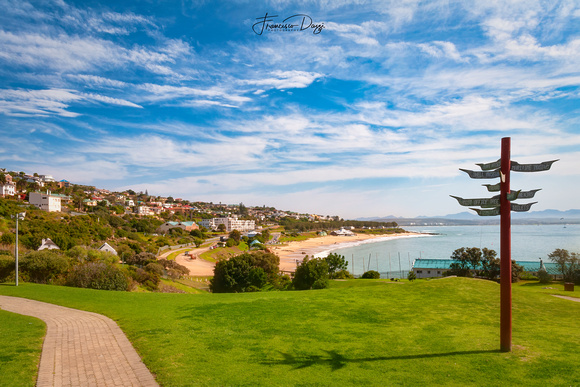