Abhayagiri VihÄra was a major monastery site of Mahayana, Theravada and Vajrayana Buddhism that was situated in Anuradhapura, Sri Lanka. It is one of the most extensive ruins in the world and one of the most sacred Buddhist pilgrimage cities in the nation. Historically it was a great monastic centre as well as a royal capital, with magnificent monasteries rising to many stories, roofed with gilt bronze or tiles of burnt clay glazed in brilliant colors. To the north of the city, encircled by great walls and containing elaborate bathing ponds, carved balustrades and moonstones, stood "Abhayagiri", one of seventeen such religious units in Anuradhapura and the largest of its five major viharas. One of the focal points of the complex is an ancient stupa, the Abhayagiri Dagaba. 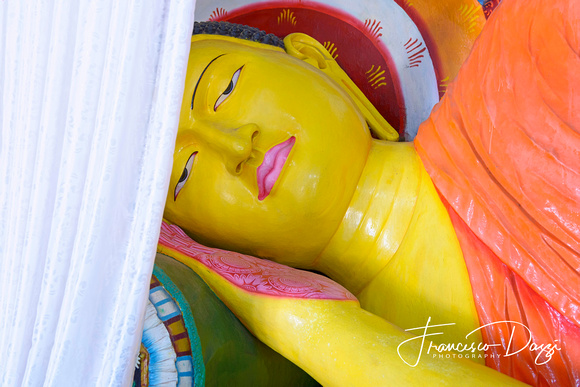