Fort is the central business district of Colombo in Sri Lanka. It is the financial district of Colombo and the location of the Colombo Stock Exchange (CSE) and the World Trade Centre of Colombo from which the CSE operates. It is also the location of the Bank of Ceylon headquarters. Along the foreshore of the Fort area is the Galle Face Green Promenade, built in 1859 under the governance of Sir Henry George Ward, the Governor of Ceylon (Sri Lanka) during British colonial administration. Fort is also home to the General Post Office, hotels, government departments and offices. 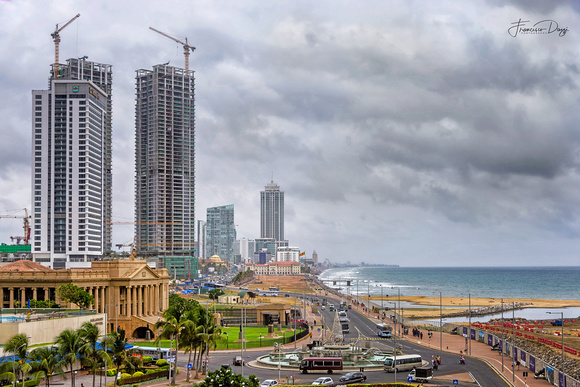