The Ruwanwelisaya is a stupa, a hemispherical structure containing relics, in Sri Lanka, considered sacred to many Buddhists all over the world. It was built by King Dutugemunu c. 140 B.C., who became lord of all Sri Lanka after a war in which the Chola King Elara, was defeated. It is also known as "Mahathupa", "Swarnamali Chaitya", "Suvarnamali Mahaceti" (in Pali) and "Rathnamali Dagaba".

The stupa was a ruin in the 19th century. After fundraising efforts by Sinhalese bhikkhu, it was renovated in the early 20th century. The Ruwanveli Seya Restoration Society was founded in 1902 and the final crowning of the stupa took place on 17 June 1940. 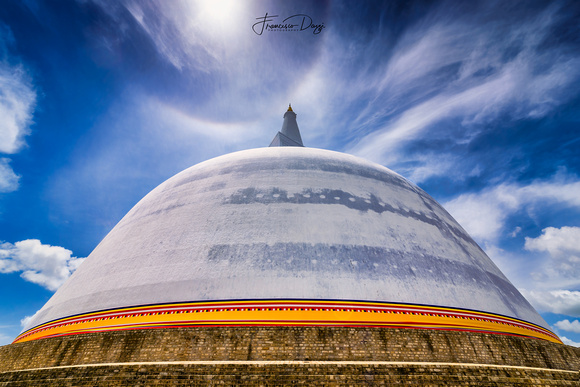